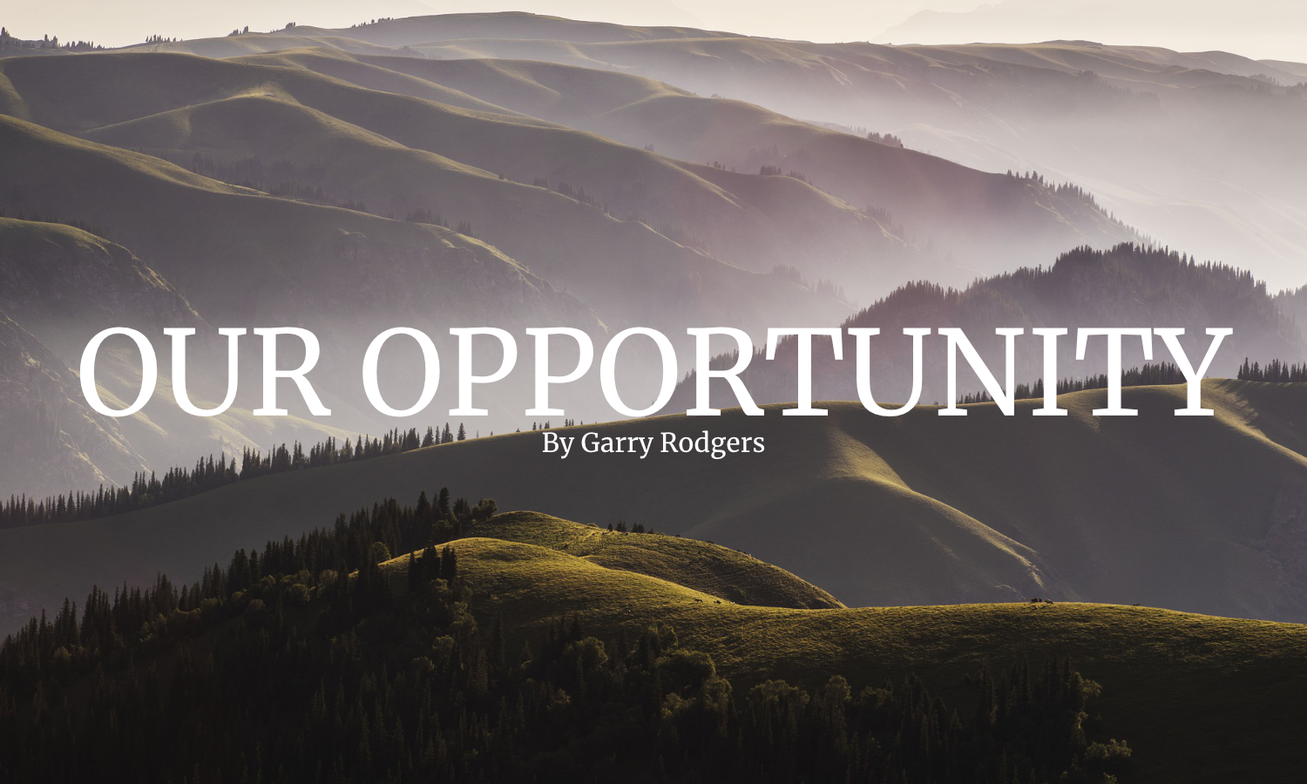 I really love the stories of God working in the lives of other believers. I receive so much revelation as I see what God has done in them and through them and how they have responded.

A couple of my heroes of the Faith are ex-Brethren Milton Smith and Frank Garratt. For 15 years Milton was head of the Mathematics Department at the prestigious Auckland Grammar. But his real passion was the Word of God and he wrote a complete commentary on the whole Bible, called Knowing God in His Word. In 1963, Milton wrote a booklet in support of tongues and the Baptism in the Holy Spirit. He was effectively excommunicated for expressing that opinion.

As a result, the woman was set free. After studying about the Holy Spirit in the Word for a year in 1951, in 1952, Frank began a 40 day fast. 14 days into the fast, the glory of God filled the room and he was baptised in the Holy Spirit. The glory of God was so manifest that his wife, Mary, couldn’t enter the room. His nephew David Garratt, co-founder of Scripture in Song with his wife Dale, was like a second son to Frank and had a great influence on him. That movement had a profound influence on church worship in New Zealand and around the world.

Although they were great friends, there was one huge issue Frank and Milton had a difference of opinion on. In World War II, Milton was a conscientious object (CO). It was his conviction from the Bible that he shouldn’t kill. So, he went through humiliation, social isolation and imprisonment. In contrast to Milton, Frank enlisted in the army because he thought Hitler was demonic and needed to be stopped. Before going overseas, Frank helped to train officers.

At that time, mathematicians were working on a problem of how to arrange 100 artillery shell for distance, projection and angle to optimise how close infantry could follow (without blowing themselves up). This was called “Creeping Barrage”. The mathematicians couldn’t work it out. Frank took the matter to the Lord in prayer and God showed him how it worked. He was able to explain it to senior army officers.

Until that time, the closest infantry could follow was 200 metres. This reduced it to 50 metres. As a result, the NZ infantry were able to advance and capture the enemy before they realised that the New Zealanders were upon them. Proportionally, the New Zealanders ended up taking many more prisoners than the other allied armies. This actually saved many lives.

I imagine that the divisive issue they faced was equally as big as the one we all face today – whether to vaccinate or not. Some of us may well make the decision to go against the tide. But is this issue the real issue? We have a wonderful opportunity regardless of our personal decision to support each other through this time. Coming out the other side, God has something far greater to work through us, like he did with Frank and Milton. We need to go out of the way to support each other so we come through this thing stronger, ready for the next season and the great things God has for us.

Garry Rodgers has been attending Living Waters Christian Centre for 5 years and has been contributing to worship as a member of the sound team. He has written a few books including the subjects of the spiritual history of Christchurch and South Island Māori. Garry and his wife Chris lead a connect group and have a heart for seeing the saints nourished and refreshed.

Jun 26
Your Days of Captivity Are Over - Wes Chambers